Rebuild of Colossus of Rhodes

Rebuild of Colossus of Rhodes

*I wasn't certain as to which section to post this to, so admins feel free to move if necessary*


The Colossus of Rhodes Project is a team of European architects which has proposed the construction of a new Colossus of Rhodes that is five times the size of the original. The original was built in 280 BCE and was destroyed by an earthquake in 226 BCE. The new one would function as a cultural center and lighthouse. It will be built to withstand natural forces by consisting of two separate structures, the main structure made of concrete and possessing computer controlled suspension with a supporting structure of reinforced steel and concrete. The exterior will be covered in solar panels which will be used to power the facility.

According to their mission statement, the project is intended to contribute economic relief to Greece by employing workers and by increasing tourism to Rhodes.  The estimated cost is $283 million and the project intends to raise the money through private investors and crowd funding. 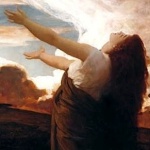 Re: Rebuild of Colossus of Rhodes

A very exciting idea. I wonder how the Greek Orthodox feel about it.